The Nepal tree-ring network presently stands at 46 annual tree-ring chronologies, with most extending back 300-500 years into the past (Cook et al. 2003).  A map showing the locations of the tree-ring sites is shown in Fig. 2.  The species represented include fir ( Abies spectabilus ), spruce ( Picea smithiana ), hemlock ( Tsuga dumosa ), juniper ( Juniperus recurva ), pine ( Pinus wallichiana ), and elm ( Ulmus wallichiana ).  The majority of the sites are over 3,000 meters in elevation, but none are authentic upper-timberline sites. 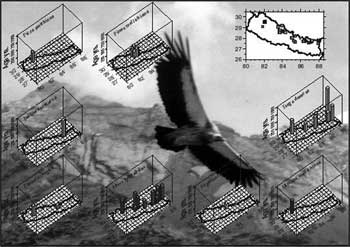 Figure 2.  Location and age distribution of all 46 Nepalese tree-ring chronologies collected between 1994 and 2000.

Of the non-LDEO collections used in the network, several were made in the 1970s by R. Zuber for Dr. F. Schweingruber in Switzerland.  The cores from the Zuber collections were kindly provided to our project by Dr. Schweingruber.  Some of these collections were processed and described earlier by Bhattacharyya et al. (1992), and several have since been updated during the course of this project.  A few collections were contributed by Dr. B. Schmidt of the University of Cologne. Together, these collections cover most of the Nepalese Himal (Shrestha et al. 1999), with the westernmost part still under-sampled (figs.2 and 3). 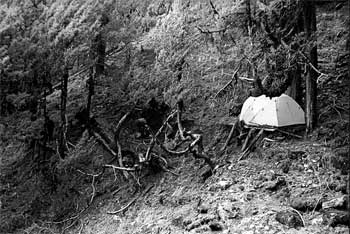 A typical Himalayan forest camp. Tent platforms are dug from the hill slope and braced with earth and wood to provide some measure of comfort at night.

Many of the collections obtained during the 6 years of this project required over 20 days of trekking by 2 or more scientists, a Nepali guide and team of porters in extremely remote and difficult terrain.  This was necessitated by the general lack of reasonably undisturbed forests to sample within 1-2 day’s walk of any moderately sized village.  In most cases, 4-5 days of walking were required to reach the first suitable tree-ring site, with the extreme case being 13 days. 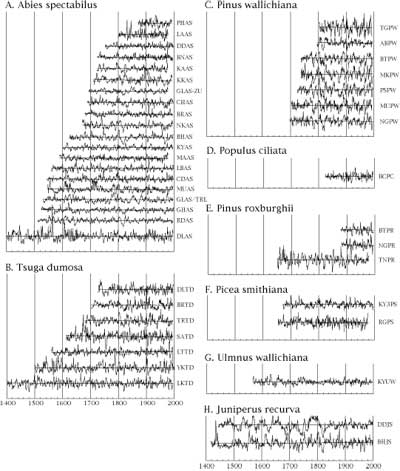 Given the extensive and continuing destruction of the forests in Nepal, some of these sites may not exist in the relatively near future, as was the case for some of Zuber’s sites that were attempted to update.  Thus, the Nepal tree-ring network represents a potentially unique record of tree growth and environmental information in a rapidly changing and environmentally exploited region. 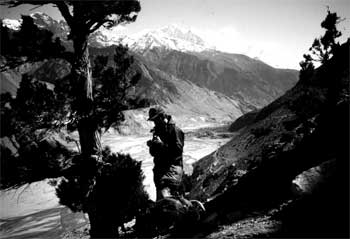 The tree-ring collections made by Zuber are among the earliest known dendrochronological samples taken from Nepal.  As valuable as they are, they all end no later than 1979.  Consequently, they have very little overlap with local meteorological data, which typically begin in the early 1960s for precipitation and early 1970s for temperature over most of the country (Shrestha et al., 1999, 2000).  Also, at the start of this project, the long Kathmandu Indian Embassy meteorological records were only available for the 1921-1976 period (Shrestha et al. 1999).  With the help of Dr. Phil Jones of the Climatic Research Unit, University of East Anglia, we have extended the Kathmandu Indian Embassy monthly maximum and minimum temperature records back to 1879 and the precipitation data back to 1852. 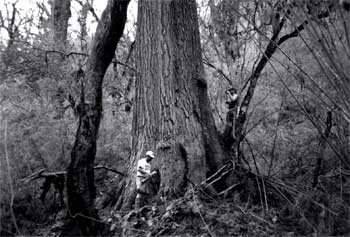 ‹ The Monsoon over the Himalayas up The Reconstructions ›