The 1964 Alaskan earthquake, was the largest historical earthquake in North America. 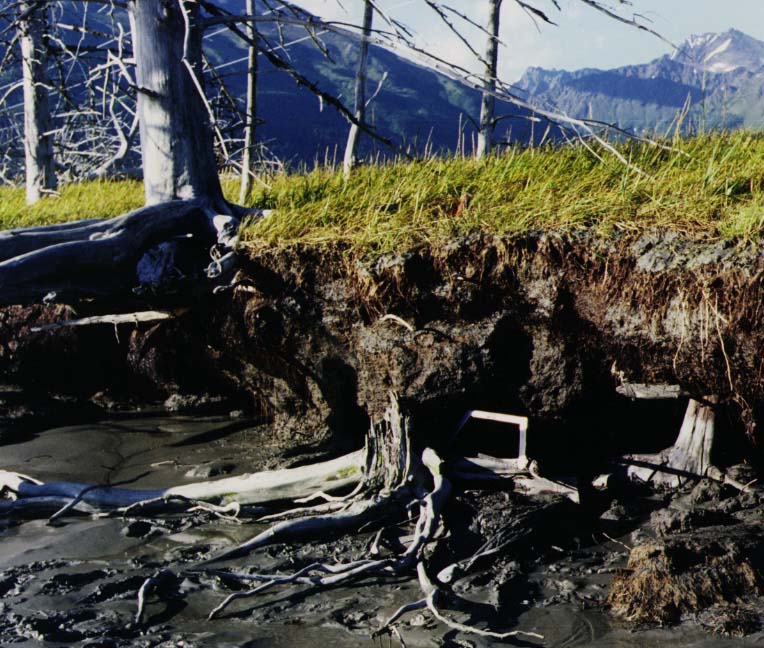 The photo above shows trees killed in Cook Inlet, Alaska by the 1964 earthquake. Beneath them is a layer of subfossil trees killed by a previous earthquake. Radiocarbon dating places the event at about 800 years before present.

The core sample to the right is from a Sitka spruce (Picea sitchensis) growing just above the former high tide level on the coast.

It is from a location about 240 km east of the epicenter of the 1964 Alaska earthquake, the largest historical earthquake in America.

The tree, growing in unconsolidated sand, was shaken violently and the root system damaged.

Several trees sampled at this location show a similar response to the event and there are trees at other coastal locations that show growth ring changes due to the earthquake.

If the earthquake had been unknown, analysis of all the trees would have shown disturbance along a great distance of coastline and a probable great earthquake.