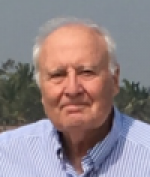 Fields of interest:
My research is directed at the ocean's stratification, circulation and mixing and its role in Earth's climate system.

I am a field-going physical oceanographer, an observationalist. My research is directed at the ocean's stratification, circulation and mixing and its role in Earth's climate system. I study the transfer of heat and freshwater within the ocean and between the ocean, cryosphere and atmosphere. I view the ocean as a global system, with specific attention to interocean exchange and to ventilation of the deep ocean interior through sea-air-ice interaction. Comparison and extension of observational data with model results are an increasingly important part of my research. Historically much of my research deals with the Southern Ocean and South Atlantic, but research within the warmer waters of the Maritime Continent and Indian Ocean now compose most of my research program. Recently my focus is on the role of the ocean mesoscale in the transfer of heat and freshwater to compensate for net sea-air flux. I tend to go to areas that have been neglected by the research community, but have the potential of being key players in the global system.

Not sure how to update the 'clickable' pubication listed below, so its not up todate, see the CV GORDON_CV_DATE for up to date publications