Cecilia McHugh is an Adjunct Senior Researcher in the Marine Geology and Geophysics Division at Lamont and a Professor in the School of Earth and Environmental Sciences at Queens College City University of New York.

For the past ten years, she has been a precursor in the evolving field of submarine paleoseismology developing methods for submarine studies of earthquakes and tsunamis from their sedimentary record and structural deformation. The ultimate goal is contributing to better hazard predictions and education. She worked in the Marmara Sea, Turkey after the 1999 Izmit and Duzce earthquakes, offshore Haiti after the 2010 earthquake and in the Japan Trench after the 2011 Tohoku earthquake. In Bangladesh McHugh and her students and Lamont collaborators are documenting a large earthquake that occurred in 1762 by dating coral microatolls that were uplifted during the earthquake and died. The researchers are also collecting evidence for a 1762 tsunami. With a population of 160 million and many leaving along the coast, if a large earthquake and tsunami were to occur today, they could be devastating. L. Seeber and C. McHugh recently documented extensive liquefaction in the Dolai River Valley in NE Bangladesh in response to the January 3, 2017 Mw5.5 earthquake. They identified paleoliquefaction events in trenches demonstrating that low magnitude, deeply rooted (30 km) earthquakes pose a high risk to the population in Bangladesh.

Along the local estuaries of the Hudson River and Long Island Sound, McHugh, her students, and Lamont, Stony Brook, SUNY, and Adelphi University are studying the impact of anthropogenic activities in the sediments. As a result of an NSF RAPID response grant in 2013, they surveyed the bays and inlets of Long Beach Island on the southern shore of Long Island, NY to learn about the impacts of super storm SANDY.  Involving students in local environmental problems is rewarding and facilitates their employment in local industry and/or state agencies.

One of McHugh’s greatest challenges was leading an NSF RAPID response expedition from the R/V Endeavour to study the 2010 Haiti earthquake less than two months after the earthquake. Luckily, collaborators from the University of Texas at Austin, Missouri State University and Lamont-Doherty Earth Observatory of Columbia University, together with the marine office of the University of Rhode Island and the captain and crew of the R/V Endeavour helped make this operation a success. Nothing like teamwork! 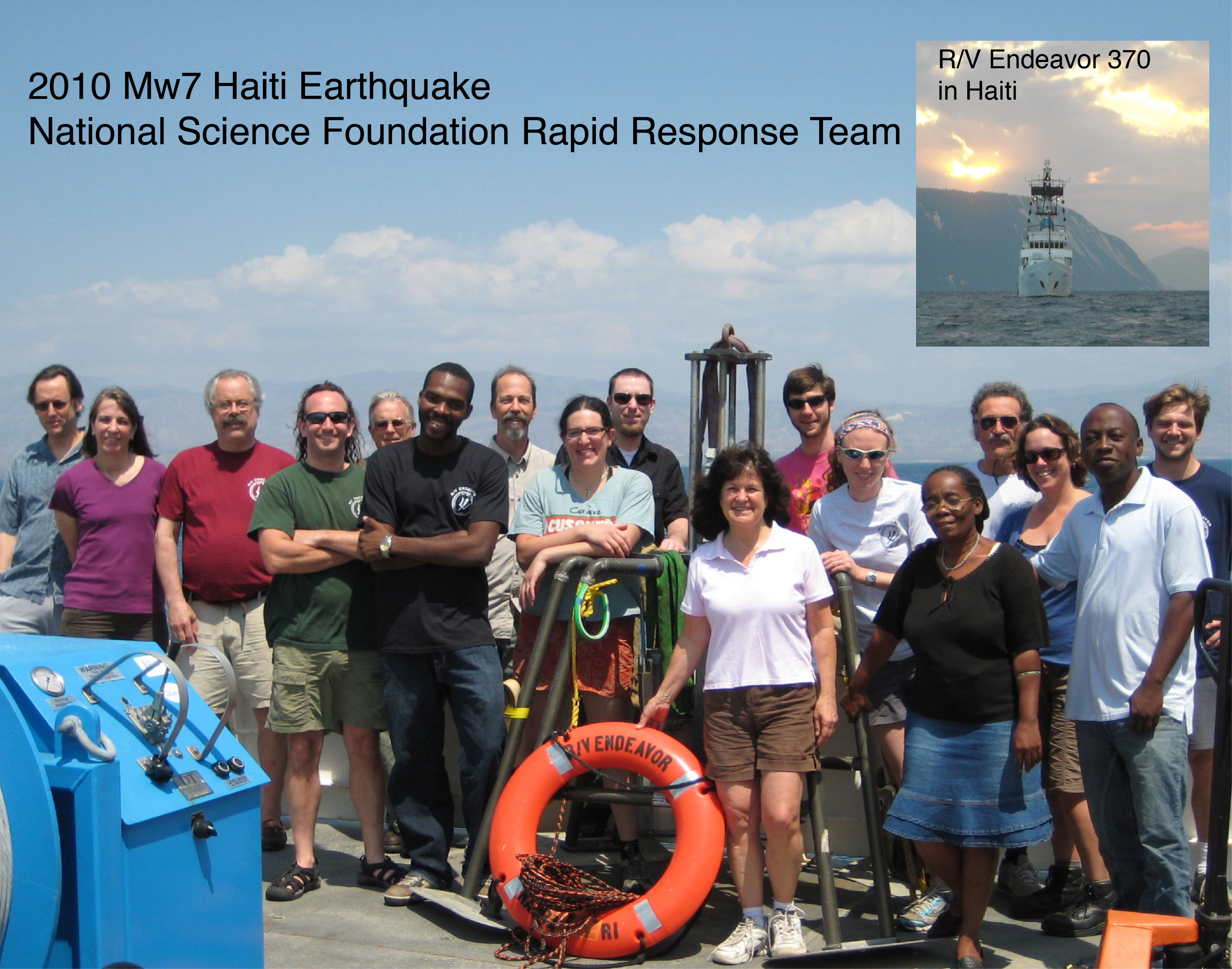