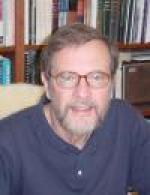 Ocean Crust Depth Variations and their Implications, The oceanic crust comprises the largest physiographic province of the earth and the vast majority of it was formed at the axis of the mid ocean ridge (MOR) system. The principal component of oceanic crustal relief is due to the cooling and isostatic subsidence of newly formed crust and its associated lateral motion by seafloor spreading. There is now strong evidence that there may be several processes acting simultaneously that contribute to the disposition of large scale, oceanic crustal topography. It has been demonstrated that large segments of MOR can be differentiated by contrasting MOR subsidence characteristics. Furthermore a linear relationship between the depths of zero age crust (Do) and observed subsidence rates (SR) was found in several oceans and revealed that shallow ridges subside relatively rapidly while deep ridges subside relatively slowly. , Existing geophysical databases are being used to further study global subsidence relationships. These relationships involve documenting the inter- and intra-basin differences in crustal subsidence, the apparent linear relationship of Do and SR, the global patterns of residual depth anomalies and their possible relationship to asthenospheric convection. The goal of this project is to create a better understanding of the processes responsible for aging and renewal of the global MOR system. The studies are designed to reveal the processes responsible for the present-day disposition of MOR relief and its along-axis variability in depths of near-zero age crust.

Studies of the Rifted Margins and Basins of South China Sea, There are several regions within the South China Sea whose tectonic histories are still in dispute. Three northern margin transects have been studied in detail, however, their conjugate segments along the southern rifted margins remain poorly studied. In the north there is strong evidence for large east to west variations in the amount of continental extension, but how this extension was apportioned between the pure shear and simple shear types remains speculative. Between the Eastern basin, whose age is well documented and the SW sub-basin, whose precise age is controversial is a critical tectonic transition zone. Crustal age distributions there should predict key characteristics about basement depths, structural fabrics, and stratigraphic relationships. Although we predict there is no crustal age contrast between the main basins, perhaps only drilling will resolve the age controversy. The southwestern most portion of the SW sub-basin lies near the extension of the relict rift axis onto the Sunda shelf margin. This could mark the region where the late Paleogene and early Neogene seafloor spreading, active elsewhere in the South China Sea, failed to localize the extensional strain within the adjacent continental crust, it may therefore represent another dramatic example of increasing east to west continental extension, unaccompanied by any significant amounts of seafloor spreading. More seismic measurements are required to ascertain the likely consequences to the development of nearby shelf basins.

Analysis of Circum-Antarctic Paleobathymetry , The calculation of paleobathymetry, which is critical in the prediction of past morphologically constrained ocean circulation pathways, requires 'crustal backtracking' that depends on a knowledge of regionally variable subsidence crustal/age relationships and hence, crustal age itself. One goal of this project is to determine the synoptic paleobathymetry of the Southern Ocean at designated geological times from the Late Mesozoic to the present. To create paleobathymetric maps and their digital representations one must consider paleogeographic plate reconstructions based on published plate kinematic stage poles, 'unloading' the sedimentary layers and the isostatic rebounding of the crust, and crustal ages. , Such calculations are repeated for each grid point and the resulting adjusted depths, relocated in their plate kinematically constrained paleopositions, are computer contoured to yield paleobathymetry maps for each chron selected., Key meridional paleo-depth sections will be examined for selected time slices to investigate potential morphologic constraints on water mass formation and deep circulation. Such restrictions to both circum-polar and meridional flow effect the extent of meridional heat exchange and thus are expected to modulate global paleoclimate.

Dennis E. Hayes, Mapper of the World’s Ocean Beds
Lamont-Doherty on the Map