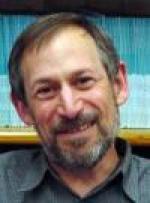 Like so many other oceanographers, I was born in Brooklyn, New York, in the days before the Dodgers left and precipitated the decline of American civilization. I was lucky enough to work on the tropical oceans in the era when we came to understand and predict El Niño and the Southern Oscillation (ENSO), the now famous pattern of interannual climate variability with well-publicized global consequences. Together with then student Steve Zebiak, I devised the first numerical model able to simulate ENSO, and in 1985 we used this model to make the first physically based forecasts of El Niño. Over the years the Zebiak-Cane model has been the primary tool used by many investigators to enhance understanding of ENSO.

Making predictions led to asking what to do with them. So I began to work on the impact of El Niño and other climate variability on human activity, especially agriculture and health. My 1994 paper (with student Gidon Eshel) on the strong effect of El Niño on the maize crop in Zimbabwe has been influential in prompting decision makers to consider climate variability. This line of inquiry led to the creation of the International Research Institute for Seasonal to Interannual Climate Prediction, housed here at Lamont.

While I continue to work on numerical models, equatorial dynamics, El Niño, prediction of climate variations and climate impacts, and global climate issues, my main interests at present are explaining the variations in the paleoclimate record, especially the astoundingly strong abrupt changes and the succession of droughts over the past millennium.