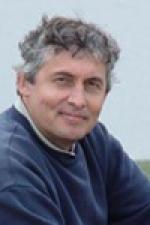 My introduction to the world of geology began as little more than a passing fancy and a love of the great outdoors. When I showed up at the University of Cambridge in 1971 it was with every intention of studying physics. A spring field trip to the Scottish island of Arran soon led to a re-evaluation of priorities, but for largely visceral reasons rather than through any appreciation for the societal relevance of Earth science or whether I might be able to make a living as a geologist. A single job interview, with Consolidated Goldfields towards the end of 1973, and during my final year at Cambridge, went badly. I miscalculated how long it would take to ride “the tube” (subway) from the Chinese Exhibition at the Royal Academy of Arts to the company’s London office, and I do not think that I displayed much enthusiasm for moving to South Africa or for working underground.

My decision a couple of months later to undertake a Ph.D. on Proterozoic glaciation was equally fateful – a byproduct of weekly “supervisions” (one on one discussions) with Brian Harland at Caius College, two conferences that I attended as an undergraduate, Dan McKenzie’s glowing endorsement of U.S. science over tea at Madingly Rise, an enthusiastic letter from John Crowell offering admission and a teaching assistantship at the University of California, Santa Barbara (my #1 choice), and the unexpected end of a personal relationship that might have provided a rationale for remaining in the U.K.

The Neoproterozoic Era proved to be a fertile research target – for its climatic extremes, as a threshold in the history of life, and for concomitant changes in sea level and the chemistry of the oceans and atmosphere. My research with students and collaborators over the years has touched on many aspects of this geology: its stratigraphy and sedimentology, paleobiology, paleomagnetics and isotope geochemistry, and in Australia, India and China as well as the western U.S., where I undertook my Ph.D. project.

My broader interests in sedimentary geology and tectonics were stimulated by three years with Exxon in the early 1980s. Exxon was then at the center of a conceptual revolution, in which it was recognized that the best way to study sediments is with reference to their three-dimensional stratal geometry and the manner in which they accumulate layer by layer (sequence stratigraphy). This experience led to a second very fruitful research effort, in a range of geological settings, and with a focus on how sedimentation responds to a combination of sea-level change, deformation and other phenomena.

A third area of research, in extensional tectonics, also has its roots in geological mapping in the Cordilleran orogen and Basin and Range Province undertaken as part of my Ph.D. study. However, I credit a late-night conversation with my colleague, Mark Anders in 1992 for an intellectual journey that we have taken together on the paradox of low-angle normal faulting.

Character, Timing and Origins of the Late Neoproterozoic Shuram-Wonoka Carbon Isotope Excursion and Associated Paleocanyons in South Australia. – New research is under way in the Neoproterozoic, with particular reference to the character, timing and origins of the enigmatic Shuram-Wonoka carbon isotope excursion in the Flinders Ranges of South Australia. The project is being undertaken by Sarah M. Giles for her Ph.D. (2018-2023). Research in June-August, 2019 focused on the origin of kilometer-deep buried canyons with which the isotopic anomaly is intimately associated; and pilot sampling of carbonate rocks to test competing explanations for observed isotopic variations, and of sandstones for U-Pb detrital zircon geochronology and 40Ar/39Ar glauconite geochronology bracketing both the excursion and the paleocanyon level.

Testing the Extensional Detachment Paradigm: A Borehole Observatory in the Sevier Desert Basin. – I am lead proponent for an International Continental Scientific Drilling Program (ICDP) initiative to test the extensional detachment paradigm in the Sevier Desert basin, Utah. A priority in 2019-20, in conjunction with Prof. M. Beatrice Magnani at Southern Methodist University, is to seek funds to acquire geophysical data to evaluate the character of the sub-Tertiary contact, and to provide 3–D context for a coring project at the ARCO Hole-in-Rock #1 well.

We continue to work at several other locations in the Basin and Range Province: the Death Valley region of eastern California; adjacent parts of Nevada, Arizona and Utah; and southeastern Idaho.

Geochronologic Tests of Scottish Caledonide Tectonics​. – As an outgrowth of an ACS-PRF project (2015-2018) to identify the source of the late Silurian–Devonian Old Red Sandstone of Scotland using 40Ar/39Ar mica geochronology, we are seeking new funds to re-evaluate competing interpretations of the tectonic assembly of the Grampian and Midland Valley terranes and superimposed successor basin using a combination of geochronological and geochemical approaches in a field-based context. The project is being spearheaded by Michael J. DeLuca as part of his Ph.D. research (2016-2020).

Stratigraphic Response to Deformation and Sea-Level Change in the Gulf of Suez, Egypt. – The Gulf of Suez, Egypt provides a unique opportunity for evaluating how sedimentation responds to crustal deformation and sea-level change in a setting in which both are known to have been important. A project currently under way in collaboration with Ph.D. student, Raed Badr and Dr Ahmed El-Barkooky at the University of Cairo involves physical stratigraphic and structural mapping, sedimentology, Sr isotopic dating, and biostratigraphy to investigate how patterns of sedimentation and erosion relate to the propagation of faults and growth of folds, the tilting of fault blocks, and independently quantified sea-level change during the early Miocene.

I have learned over the years that a good way to frame any research is to challenge conventional thinking, and to focus upon topics on which there is lively disagreement, because the goal of any project is surely to discover something new and not merely to describe another example of an already well understood phenomenon. Potential students have long been invited to place their email inquiries in the context of one or more general issues or hypotheses or questions of this kind, and the strategies that might be employed to tackle whatever they suggest. Few have seen fit to follow this advice.

The Long Life of Death Valley
Exploring the World: A Guide to Lamont Fieldwork in 2012
Waiting For Death Valley’s Big Bang
Evidence Casts Doubt on Quake Risk of Some Continental Faults
Water Shortages in Northeast Linked to Human Activity
Study Finds Evidence for Global Methane Release About 600 Million Years Ago