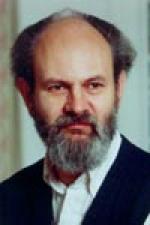 I have worked at Columbia since 1971, with a couple of years on leave in Washington working on nuclear arms control (in the U.S. Department of State), and four sabbaticals taken in New Zealand, in California (at the Lawrence Livermore National Laboratory), in New Mexico (Los Alamos National Laboratory), and as a Phi Beta Kappa lecturer (on eleven different U.S. campuses).

I started out in research with a mathematics background, and an interest primarily in the theory of seismic wave propagation and in methods to understand how the recorded shapes of seismic waves are affected by processes of diffraction, attenuation and scattering. From such scientific work we learn details of the Earth's internal structure, and details of fault motion in earthquakes as rock spontaneously fractures and moves to reduce stress.

Since the mid-1980s my work has focused on the use of seismological methods to study nuclear weapon test explosions and their implications in both the scientific and political worlds. There have been about 2,000 such explosions (about one a week from 1950 to 1990, plus a few prior to 1950 and since 1990). How they are detected, and identified, and located, and how big they are, are often subjects of intense debate in technical and scientific forums. These issues are critical in evaluating present or prospective arms-control treaties.

A side effect of the end of the Cold War has been new opportunities to acquire seismic data on earthquakes and explosions in Russia and Central Asia. Together with my colleague Won-Young Kim at Lamont, I have had joint projects since 1991 with scientists working in Russia and Kazakhstan.

There is ongoing discussion of the Comprehensive Nuclear-Test-Ban Treaty (CTBT) and the associated Non-Proliferation Treaty. The CTBT has been signed (as of April 2009) by 180 countries, and the NPT by over 180. Consideration of whether the U.S. should ratify the CTBT is ongoing.  Reference to seismology is often made in these debates, but the technical material (assessment of monitoring capability) is often misrepresented in political arenas. ("In Washington, an argument has weight not from any logical force, but depending on who believes in it." --- Freeman Dyson.) At the CTBT negotiations in Geneva in 1994, I presented an "expert's paper" for the United States, on monitoring issues associated with this treaty. Starting in summer 2000 I worked on a National Academy of Sciences panel that in July 31 2002 issued a detailed report on "Technical Issues Related to the Comprehensive Nuclear Test-Ban Treaty" (it is available online at http://www.nap.edu).  In the March 2009 issue of Scientific American, Won-Young Kim and I have an article ("Monitoring for Nuclear Explosions") concluding that:  "Detection of a test of a nuclear weapon has become so effective and reliable that no nation could expect to get away with secretly exploding a device having military significance."

From 2000 to 2003 I led an applied research project to improve the accuracy with which seismic events (earthquakes, explosions) are routinely located by organizations engaged in treaty monitoring. This work is further described as the Lamont consortium to improve location of seismic events in Eastern Asia. With colleages at Lamont, I continue to be interested in the practical details of how to improve earthquake locations. It seems to be the last corner of seismology that is still dominated by methods developed during the era of analog recording, during which earthquakes were located one-at-a-time using phase picks. Today, for most events (but not all of them), it is possible to do much better, as demonstrated in numerous special studies of particular regions. The trick is to work with numerous earthquakes at the same time, locating each one relative to its neighbors, preferably using waveform cross-correlation to measure relative arrival times. The method works for regions of sufficient event density, for which archives of phase picks and/or waveforms are available or can be prepared. See for example an IRIS newsletter, or a PAGEOPH paper (2006).

I retain a strong interest in scientific studies of the Earth's interior, and in 1996, together with Xiaodong Song, reported seismological evidence (in a NATURE paper) that the inner core of the Earth is rotating eastwards with respect to the mantle and crust. Since the inner core is about the size of the Moon, the claim that it is moving at a rate perceptible on human time scales has many scientific implications, as noted in my Jeffreys lecture, given in 1999 and published in 2000.

In 2005, Xiaodong and I, with four co-authors, published (in SCIENCE) another paper on inner core rotation, that had data a hundred times better than our 1996 paper, and obtained essentially the same observational result: seismic waves through the inner core on a path from the South Sandwich Islands to Alaska have a travel time that gets smaller by about a tenth of a second per decade. We interpret this as a rotation rate that will turn the inner core eastward through one revolution inside the mantle in about 1000 years.  In 2008, my student Jian Zhang (and David Schaff and I) published additional evidence for this result (in Geophysical Journal International, Sept '08), as part of a study of more than 100 high-quality doublet earthquakes observed for six different paths (PKIKP) of seismic waves through the inner core.

In July 2002, the second edition of my textbook "Quantitative Seismology" (originally written with Kei Aki in the 1970s) was published after seven years of rewriting. I maintain associated web pages on the Aki/Richards second edition. A paperback version of this book, making a few hundred small changes, was published in April 2009.

In June 2008 I formally retired from my professorship (becoming "emeritus" and continuing as a researcher) but still teach the undergraduate course Weapons of Mass Destruction at Columbia in spring semesters.

Outside my office, and outside my home, I am an organist, sing in the choir of Grace Episcopal Church, Nyack, NY, sail small boats...

That's it on this page, for paragraphs about "I" and "me" and "my." To conclude with a list of links:

Featured in the Following Videos:

Paul Richards on Trends in Monitoring of Nuclear Weapons Testing
The Life & Science of John B. Diebold 1944-2010