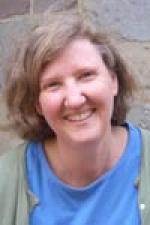 My research is focused on magmas associated with the plate tectonic cycle, at both divergent and convergent plate margins. My main contributions have been to the understanding of: * Magma generation: quantifying the roles of decompression, temperature and water in driving mantle melting * Crustal recycling at subduction zones: providing global flux estimates of marine sediment subducted into oceanic trenches, and tracing sediment geochemically from the seafloor to arc volcanoes * Water content of magmas, and the effects on magma evolution, mantle and slab temperature, and eruptive vigor.

My tools are geochemical, field work has taken me to Nicaragua and the Aleutians, and to sea. I have served on the MARGINS steering committee, the editorial boards of Geology and Earth & Planetary Science Letters, the EarthScope Advisory Committee, as co-chief scientist on Leg 185 of the Ocean Drilling Program, co-lead-author of the SZ4D Vision Document, and one of the writing team for the NAS ERUPT Report.

Featured in the Following Videos: