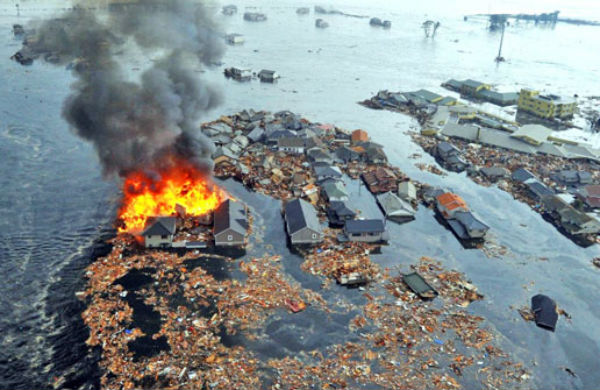 Natural disasters have caused the deaths of hundreds of thousands of people worldwide with associated costs of hundreds of billions of dollars in property damage. Providing timely warnings of damaging ground-shaking from earthquakes and the imminent arrival of tsunamis is an ongoing challenge. Networks of instruments developed in recent years by researchers at the Lamont-Doherty Earth Observatory and elsewhere have improved our ability to provide those predictions for vulnerable populations. A new pilot program led by Lamont aims to make those warnings earlier and more accurate.

Disaster warning systems depend on sensors that measure the pressure and seismic signals associated with tsunamis and earthquakes. The new $1 million Paros Fund for Geophysical Instrumentation will enable Lamont to build and deploy 10 to 15 seafloor instruments in earthquake-prone areas. This new gift adds to prior support by Jerome M. Paros through his Paros-Palisades Fund and the Paros Endowed Chair in Observational Geophysics. Paros, who received a graduate degree in physics from Columbia in 1963, is the founder of Paroscientific Inc., Quartz Seismic Sensors Inc. and other high-technology instrumentation companies. 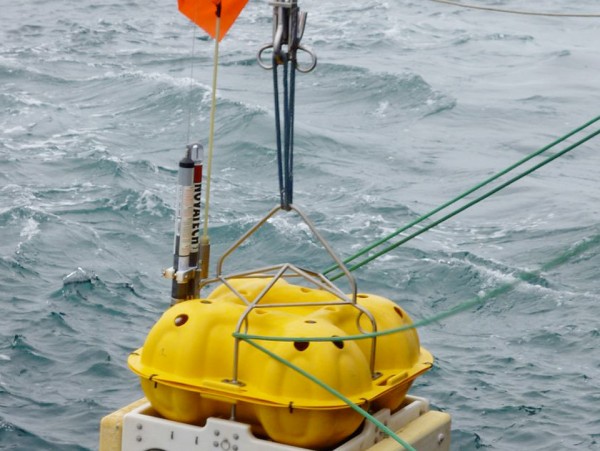 Lamont researchers say that preliminary work with pressure gauges and strong motion sensors suggests that a combination of these sensors deployed on the seafloor within subduction zones—the regions where one plate of Earth’s crust slides under another—can provide accurate measurements of how the seafloor is moving during seismic events. That could lead to more accurate predictions of how large a tsunami might be created by the earthquake and offer timely warnings to communities located near the source of the earthquake.

“The gift allows us to build the first fleet of seafloor instruments dedicated to observing and perhaps anticipating large subduction zone earthquakes,” said Spahr Webb, a Lamont professor whose research focuses on marine geophysics and seismology. “The instruments will be capable of long duration (several years) observations of tilt, gravity and seafloor pressure, as well as fully recording the seismic signals from the largest possible earthquakes. “

Warning systems rely on a well-known property of seismic wave propagation: Low-amplitude, high-frequency P-waves travel through Earth’s crust faster than high-amplitude, low-frequency—and more damaging—S-waves and surface waves. The difference in travel times between the S-waves and the P-waves provides a “margin of early warning” that can be sufficiently large to enable, for example, automatic shutdown of gas lines and railroads, opening of the garage-bay doors at fire stations, and the issuance of warnings to schools, homes and businesses. The tsunami travels still more slowly, allowing minutes to hours of early warning depending on distance from the event.

Warning systems are hampered by a lack of coordination, and are less effective when it comes to communities located relatively close to the source of an earthquake. Deploying the new sensors could potentially improve the characterization of the tsunami source, especially the distribution of “slip” along the rupture, and the absolute displacement of the sea floor above the rupture, critical to estimating the amplitude of the tsunami. Detection of deformation (or “slow slip”) between earthquakes may eventually be helpful in predicting larger seismic events.

Earthquake early warning systems already are being deployed in densely populated regions that face high risk for earthquakes—typically areas around the Pacific “Ring of Fire,” as in Japan, Chile, New Zealand or the Pacific Northwest. Most networks rely entirely on land-based seismometers that provide real-time data to determine the location, size and timing of earthquakes for emergency management agencies who can then sound the alarm.

The new systems will hopefully provide better data at less cost. Data from the deployments of the first instruments will be used to improve land-based warning systems and provide guidance for planning offshore systems. These instruments may eventually be incorporated into a cabled system.

The new systems are dual-purpose: (1) short-term disaster warning systems and (2) long-term geodetic measurements. Each includes highly sensitive absolute pressure sensors and triaxial accelerometers to measure and separate out the seismic and oceanic signals. In addition, an in-situ calibration method is used to distinguish and eliminate sensor drift to better detect long-term Earth movements that can lead to “megathrust” events, the most powerful earthquakes, which occur along subduction zones.

The new instrument packages will be an advance on existing Lamont-Doherty ocean-bottom seismometers. Lamont engineers are developing new electronics and software. The instruments, possibly deployed off the coast of Chile, Alaska or the Pacific Northwest’s Cascadia zone, will be designed to continuously record seismic and pressure signals on the seafloor for several years before being retrieved.