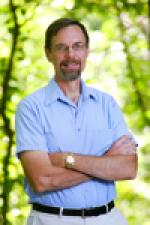 CHEMICAL OCEANOGRAPHY, I am involved in planning an international program to study the marine biogeochemical cycles of trace elements and isotopes, known as GEOTRACES. GEOTRACES will study trace elements that serve as essential micronutrients for marine organisms, trace elements and isotopes that serve as proxies for past ocean conditions, and radionuclides that allow us to derive rates of processes of interest to oceanographers, such as fluxes of particulate oganic carbon exported from surface waters.

MARINE BIOGEOCHEMISTRY, I am interested in the ocean carbon cycle and its sensitivity to global change. This interest spans a range of topics, from climate-related changes in the ocean's carbon cycle in the past, associated with changes in ocean circulation and marine ecosystems, to understanding the fluxes of carbon in the modern ocean, to predicting the ocean's response to anticipated global warming, and the implications for the ocean's uptake of fossil fuel CO2. Of particular interest is the Southern Ocean, around Antarctica, where deep waters exchange carbon dioxide andother gases with the atmosphere, and where ecosystems are particularly sensitive to perturbations in ways that may impact the ocean's carbon cycle.

PALEOCLIMATOLOGY, My interest in paleoclimate is, in a way, an application of the principles learned through the study of modern ocean processes. My main interests are in understanding climate related changes in ocean circulation and in marine ecosystems (both ecosystem structure and biological productivity) across glacial-interglacial cycles, as well as during events of shorter duration (i.e., abrupt climate change). Much of my effort is focused on developing, testing and validating (or rejecting!) methods used in paleoceanography.

PDF files of three recent papers that discuss the end of the last ice age can be downloaded here:

As Oceans Warm, Microbes Could Pump More CO2 Back Into Air, Study Warns
Lamont’s Robin Bell Chosen as AGU President-Elect
Geochemists Team Up with Biologists for a New Approach to Ocean Research
Iron Fertilization Won't Work in Equatorial Pacific, Study Suggests
In the Southern Ocean, a Carbon-Dioxide Mystery Comes Clear
With Climate, Fertilizing Oceans Could Be Zero-Sum Game
Study Adds New Clue to How Last Ice Age Ended
Answer to What Ended the Last Ice Age May Be Blowing in the Winds, Paper Says