Researchers in the Geochemistry Division seek to understand Earth’s environments by studying its history—and the processes, past and present, that have governed these environments.

Using advanced chemical and isotope analyses, Division scientists study samples of air, water, biological remains, rocks and meteorites in order to elucidate a broad range of scientific issues. Research topics range from the particulate and chemical pollutants emitted by the collapse of the World Trade Center towers on September 11, 2001, to the climate changes of the ice ages, which began some 2.6 million years ago, to the fundamental chemical processes involved in the differentiation and formation of Earth’s mantle and core. 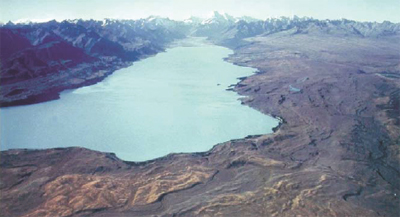 Observatory geochemists have also contributed greatly to our understanding of the socioeconomic issues associated with environmental changes, ranging from contaminated groundwater to the accumulation of industrial carbon dioxide (CO2) in the atmosphere, which may ultimately be seen as responsible for present-day global warming.

Some of the principal research themes in the Division include: